Off to planet Jazz

The upcoming 16th edition of the Monte-Carlo Jazz Festival showcases the influence of jazz on a variety of styles, featuring Jethro Tull, Magma, Melody Gardot, Chilly Gonzales and a host of others. 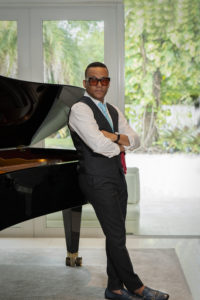 Why you will finally love jazz” is the title of the masterclass led by columnist and composer Alex Jaffray during this edition of the Monegasque jazz festival. While Jean-René Palacio created and directed the the festival passionately since its inception, the Artistic direction of Monte-Carlo Société des Bains de Mer has this year invited Reno Di Matteo to be scheduling consultant for this new edition. The festival kicks off on 9 November with the charismatic saxophonist Joshua Redman, finally reunited with his fellow musicians who performed on the 1994 album Moodswing, punctuated by “Befores” at the Crystal Bar of the Hôtel Hermitage and “Afters” at the Blue Gin in the Monte- Carlo Bay and the Bar Américain in the Hôtel de Paris to extend the experience.

Closer to the stage at the Salle Garnier
On 23 November the festival opens its doors to progressive rock with Jethro Tull and the band’s frontman Ian Anderson, the multi-instrumentalist troubadour whose stated intention is to “Dust off a number of old prog-rock titles that we began with.” Next up on stage, on 24 November, is jazz pianist Gonzalo Rubalcaba, a born entertainer who has won three Grammy Awards, followed by silky voiced Cameroonian bass player Richard Bona, who blends a myriad of influences from jazz and pop to Afro-beat and traditional songs. On 27 November the cult group Magma joins forces with the Orchestre Philharmonique de Monte-Carlo for an astonishing performance, while on 29 the talented young musicians of the Académie Rainier III will be in the spotlight. They are followed by piano/voice duo Cécile McLorin Salvant and Sullivan Fortner on 30 November, and a concert by Sofiane Pamart, one of the most streamed artists of the moment. After a night of jazz and film on 1 December that pays tribute to Chet Baker, one of the leading exponents of cool jazz, American singer Melody Gardot will take to the stage on 2 December. The Anouar Brahem Quartet, which will be appearing on 3 December, draws its inspiration from the Arabic musical tradition, while the great Richard Galliano brings his unique style of jazz to life, mixing the accordion with tango. The festival closes with the intimate sounds of Chilly Gonzales on 4 December, the last of an exciting selection of artists.

9 November to 4 December
Opéra de Monte-Carlo
Programme details can be viewed at montecarlolive.com 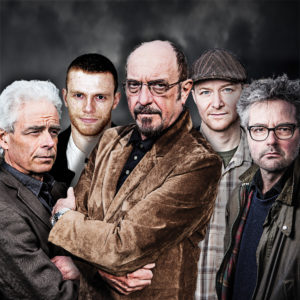