travels back in time

Following the success of last year’s event, Monaco’s superlative car show has decided to introduce some surprises from 10 to 14 June, with a new space dedicated entirely to classic cars. 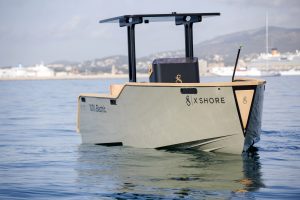 Top Marques 2019 attracted over 14,000 visitors to the Grimaldi Forum and exhibited some 60 vehicles, including 7 world premieres unveiled by HSH Prince Albert II during the opening ceremony. “I’m delighted to say that many sales were made,” says CEO Salim Zeghdar. “French manufacturer DeVinci sold six of its stunning, retro-look electric cars, while Brabus and Tesla each sold two.” In response, the event’s organisers have decided to expand the show with two new halls dedicated to classic cars.

Here, enthusiasts can enjoy a line-up of over 50 exceptional vehicles, including the Anna-Lisa collection featuring an extremely rare Jaguar XJ 220 from 1993, a Ferrari F40 and an Iso Grifo Can-Am (one of only 22 ever made). As in previous years, fine jewels and timewear will also be on display, as well as superboats on the Esplanade of the Grimaldi Forum. For the first time ever, Top Marques 2020 will kick off with a VIP cocktail on 10 June, immediately after the opening ceremony by HSH Prince Albert II. This exclusive event, held from 8pm to 11.30pm, will offer a rare opportunity to discover world premiere supercars and mythical classic cars before the show opens to the general public, all of it in a privileged atmosphere. By Caroline Sempé