World-renowned fashion and portrait photographer Mariano Vivanco is exhibiting his work for the first time in Monaco. Powerful images on show at the G&M Design Gallery. 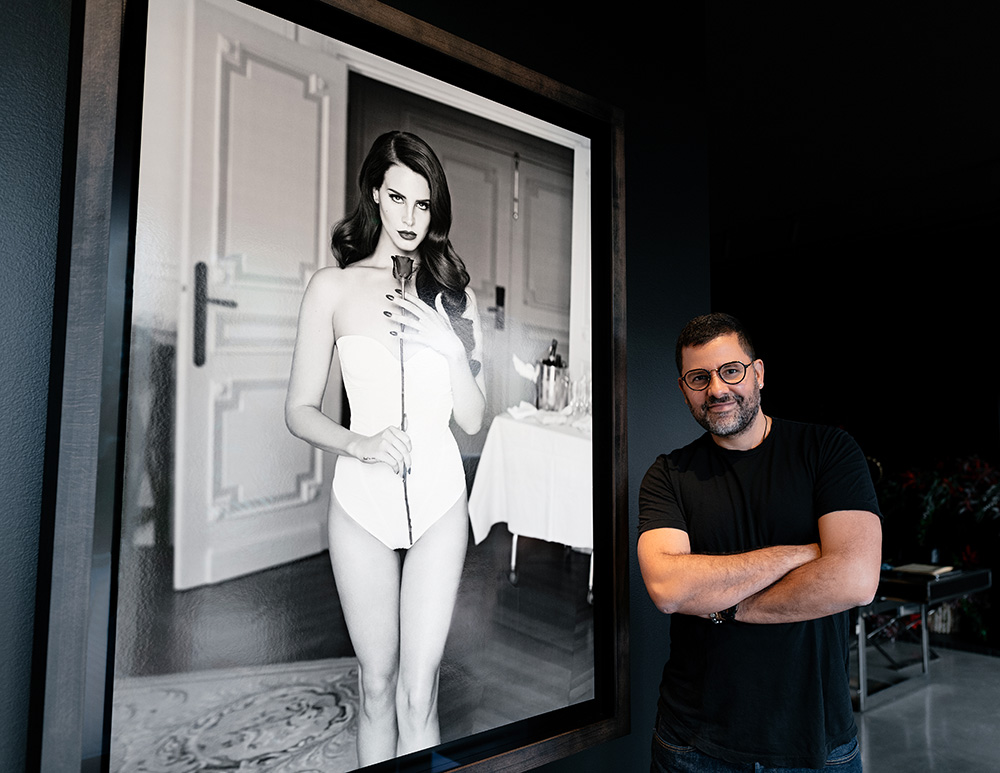 Some of the greatest celebrities have posed for the talented Mariano Vivanco, from the curvaceous Lady Gaga to Angelina Jolie, and Rihanna with her penetrating gaze.  For his first Monegasque exhibition, the photographer has chosen to entrust his work to the G&M Design Gallery, where he is showing 25 of his most striking creations. Naomi Campbell at the height of her sensuality, and Lana Del Rey in all her softness. Most often in black and white, Mariano’s contrasting shots include numerous portraits, nudes, and an editorial work that relies on the purity of a play of light and shadow. Captivating simplicity. Originally from Peru, the artist grew up in New Zealand and spent his childhood travelling the world with his family. Inspired by the works of Edward Steichen and Horst P. Horst, he perfected his art and finally settled in London where he quickly made a name for himself. His very first shoot in 2000 earned him the cover of Harper’s Bazaar. Since then, Mariano has become one of the world’s leading editorial photographers, collaborating with titles such as Vogue, Dazed & Confused, Numéro and GQ Magazine. When asked to describe his personal touch, he prefers to leave that exercise to others, but in his opinion, the essential ingredients are «honesty and love of beauty”.

The quintessence of art
Named one of the 500 most influential people in the fashion industry in 2013, Mariano has also been collaborating for ten years with Domenico Dolce & Stefano Gabbana on the visual identity of the iconic brand. The prolific photographer has also authored several books including Ninety Five Chapel Market in 2008, Uomini in 2010 and Portraits Nudes Flowers in 2016. And three of his flagship portraits are part of the permanent collection at the National Portrait Gallery in London. Is there one of his photographs in particular for which he would like to be remembered? “That would be like choosing your favourite child!” he says. “I love them all equally, but if I have to make a choice, the Rose Rouge is the apple of my eye.” The list of artists that the Peruvian has captured on glossy paper seems endless. It is hard to name them all, but they include Emma Watson, Ricky Martin, Lionel Messi, Eva Mendes, Dita von Teese and Cristiano Ronaldo. In addition to his many upcoming fashion series, other initiatives are monopolising his attention, including a special project. “I can’t talk about it yet, but it will take me back to my roots in Peru. I’m very excited!” More to follow.