An autumn of haute cuisine

The Resort with the most Michelin stars in Europe – seven in total – is offering a unique programme of exceptional dinners and lunches. The chefs of the group’s four Michelin-starred restaurants have each chosen a leading figure in international haute cuisine as their guest, to deliver a meal prepared by four hands. Each event is an unforgettable encounter between two talented chefs, two visions of cooking, and two personalities!
2 september

Alain Ducasse & Clare Smyth
Le Louis XV – Alain Ducasse at the Hôtel de Paris Monte-Carlo opened this second edition with a lunch and dinner on Friday 2 September, concocted by Alain Ducasse in collaboration with his new chef Emmanuel Pilon, alongside Clare Smyth, the three Michelin-starred London chef who has been named Best Chef in the World.
7 october

Marcel Ravin & Shaun Hergatt
The second dinner takes place in the Blue Bay Monte-Carlo Bay Hotel & Resort on Friay 7 October. Caribbean chef Marcel Ravin, who holds two Michelin stars, has invited his Australian accomplice Shaun Hergatt, now based in New York, to form a partnership that bubbles with creativity. The two passionate food lovers share a love of their roots and the environment, and will create the perfect union of unusual flavours for a multisensory culinary journey.
(€520 per person including drinks)
15 october 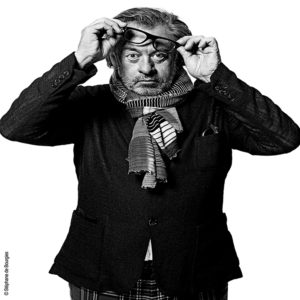 Yannick Alléno & Bruno Verjus
Pavyllon Monte-Carlo a restaurant by Yannick Alléno at the Hôtel Hermitage Monte-Carlo will host on Saturday 15 October, its first dinner prepared by two chefs, orchestrated by three Michelin-starred chef Yannick Alléno and his guest Bruno Verjus. The Parisian chef, a former company director who trained as a doctor before becoming a food journalist, was awarded his second Michelin star this year. His mantra is to “Choose the finest ingredients and cook them with humility and absolute respect.”
(€650 per person including drinks)
21-22 october 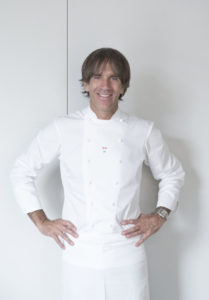 Dominique Lory & Davide Oldani
For the fourth date, Dominique Lory, the new executive chef of the Hôtel de Paris, will host Davide Oldani, the Italian chef who invented pop cuisine and innovates with his uninhibited brand of gastronomy. This unprecedented duo will prepare lunch and two dinners on 21 and 22 October at the Grill of the Hôtel de Paris Monte-Carlo.
(€390 per person including drinks)
26 november

The grand gala evening
The festival culminates with the grand gala evening on Saturday 26 November in the Salle des Arts at One Monte-Carlo. The exclusive event is led by the Resort’s Michelin-starred chefs – Alain Ducasse, Marcel Ravin, Yannick Alléno and Dominique Lory – who will prepare a dinner in front of the guests that consists of their signature dishes. Don’t miss this voyage into the Michelin-starred galaxy of Monte-Carlo Société des Bains de Mer! (€800 per person)