Monte-Carlo’s central plaza is now a peaceful pedestrianised space ringed with palm trees in front of the historic Monte-Carlo Casino. Which makes it even more enjoyable to sit on the newly extended terrace of the Café de Paris.

The opening of the remodelled Place du Casino in June, after the global coronavirus crisis, with the royal family in attendance, was met with huge enthusiasm. As is happening in many great cities around the world, the square has preserved its individual character while being restructured around three goals: priority for pedestrians and their safety, the preservation of the famous Formula 1 Grand Prix layout and the option for VIP customers to park their often splendid vehicles on the Hôtel de Paris side of the square, drawing admiration from passers-by. This way the Principality’s most symbolic location brings its legendary past back to life while taking the myth forward into the 21st century. 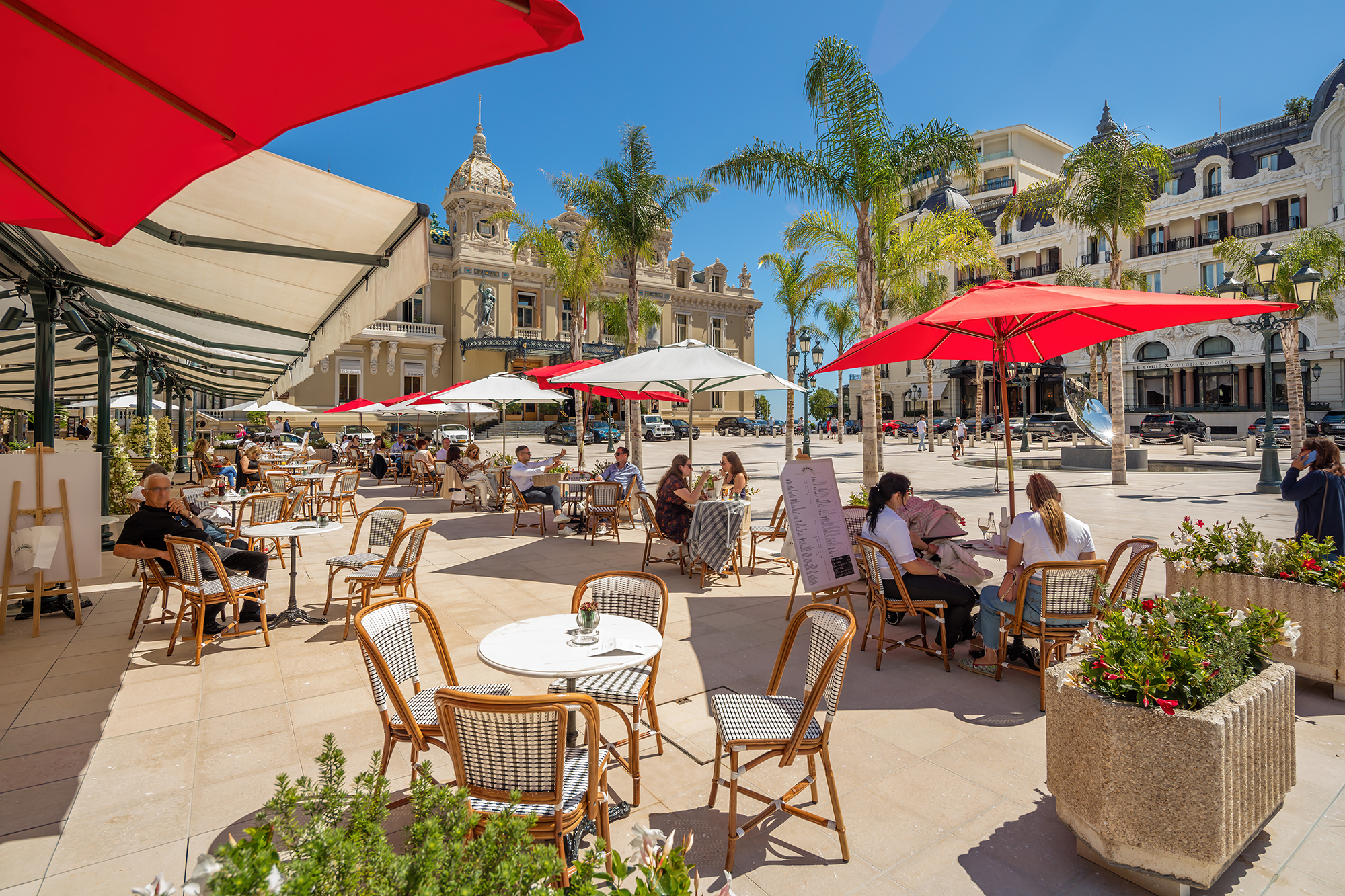 The square’s history is intimately linked with that of Monte-Carlo. Symbol of the luxury lifestyle, its rise to prominence began with the opening of the casino in 1863. A fountain was added a few years later, soon to be replaced by a round grassy knoll, itself redesigned several times. The fountain made its appearance again in 1987 when the Boulingrins car park was created. Last winter’s redesign of the square takes us back to the time before motor cars, when one might witness a daily ballet of pedestrians and horse-drawn carriages with occupants in elegant attire. This protected haven paved in Comblanchien Burgundy limestone is an instant invitation to relax on the newly enlarged terrace of the Café de Paris. Motor traffic goes past the Hôtel de Paris, with gorgeous cars parking in front of the Salle Empire to the admiration of all.

The new palm trees on the gently sloping esplanade are placed in a circle, reminding us of the now-vanished grassy knoll. These trees, over 7m high, can be moved to make way for special events. In the middle is a water feature with a highly contemporary mirror-surfaced sculpture by Anish Kapoor. The enlarged plaza is part of an ambitious overall plan for the town, with the spectacular metamorphosis of the Hôtel de Paris Monte-Carlo, the creation of One Monte-Carlo with its brilliant luxury stores, the remodelling of the Jardins des Boulingrins to match their 1930s design, and the restoration of the Casino de Monte-Carlo façade to its original glory. All these projects are designed to make Monaco the most exclusive gaming destination in Europe.