“To be what it is, chance must be unforeseeable, incomprehensible.” 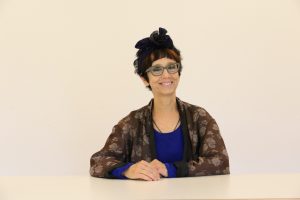 Following the release of the film Philosophy Queen: conversations with Avital Ronell in 2019, this year she has been invited to the Rencontres Philosophiques in Monaco to talk about luck.

The word ‘chance’ comes from the Old French word cheoir ‘to fall, to befall’, based on Latin cadere. In what respect can chance, or luck, be seen as mathematical probability?
Even mathematical probability offers no guarantee of your fair share of luck in some domains. Marked for bad luck, some people are jinxed, chronically down on their luck, losers–in other words,  poets, according to Baudelaire who thought about the lot of the  guignon.

If we think about Roman auguries, and having faith in one’s lucky star, is there something predetermined about luck?
The Romans, with their practices of auguring and ordering signs, point to a philosophical dilemma: if you have a lucky star that’s guiding you, assuring good fortune, you are lifted above the unpredictable eruptions of chance. Necessity and meaning have triumphed over chance, its contingencies, surprises, and unmasterable itinerary of effects. If your fate is predetermined, then chance has no chance.

Serge Gainsbourg wrote that “Luck is a bird of prey hovering over a blind man in a blindfold”: what do you think about that remark?
“Le renégat de l’absolu”, as he called himself–and, despite his insistence that he suffers from a “carence d’idée”, that his statements “cach(ent) un vide absolu“–Gainsbourg is alert to the destructive implications of “absolute” chance (he loves the word, “absolute”). Instead of tethering chance to meaning, our renegade leaves it up in the air, menacing, ready to swoop down on a radically blind victim of pure contingency. To be what it is, chance must be unforeseeable, incomprehensible. Gainsbourg takes away the possibility of recovering a hopeful side to chance–except to the extent that one remains blinded to its menace,which can be seen as a hopeful position.

But could luck be something we provoke? Is it a question of how we interpret facts?
This is a struggle and a gamble: are we powerless to provoke chance, or can we attract good luck and sunlit fortune? It’s best to proceed negatively here: one can block out chance, shut down one’s receptors and capacity to welcome chance, no matter how promising or disruptive. Even the chance of happiness can be traumatic, break down the superglue that holds you together. Ecstatic openness to chance is contraindicated for the risk-averse.

How can one distinguish good luck from success?
This depends on what era you identify with. The German Romantics initiated and strengthened the Self. Together with struggle, effort, sweat, tears, formation, and labor, the Self takes all the credit for successes perceived or imagined. A little bit of luck means there’s something beyond you that brought a drop of success. In that case, you owe your success to something or someone other than yourself, prior to your own initiative. Our success is such that we remain indebted, borrowing, growing our psychic economies. Most contemporaries like to imagine they themselves are responsible for their modicum of success. Listen, sometimes failure is a success. But that’s another story and philosophical trajectory.

We all aspire to be happy. Do you think happiness is a matter of luck?
In the American “Declaration of Independence” you are accorded the right to the “pursuit of happiness.” Happiness itself is never defined, though it depends on minimal requirements such as social justice, health, freedom of  pursuit. If our understanding of happiness is sufficiently spacious, and we are attuned to the most minimal granting and favoring–weather, delicious water, joyful encounters, a résidence in Monaco–then chances are you will be in abundant supplies of something approximating happiness. On another register altogether, Goethe said that genius is not about extraordinary discovery, but about being able to find happiness in the most mediocre and oppressive circumstances of chance.

Avital Ronell is University Professor of the Humanities and Professor of German, Comparative Literature and English at the New York University. She also holds the Jacques Derrida Chair and is Professor of Philosophy at The European Graduate School / EGS. Honorary Member of the Rencontres Philosophiques de Monaco, she is currently the guest of the first Philosophy Residency in Monaco.